Gentiles in the Law of Moses

The last couple of weeks we’ve been looking at the time of Jesus’ crucifixion and resurrection, trying to learn as much about it from the Bible and from history and archeology as we can.  I hope you’ve gotten a taste of how much information is available to our generation about the time of Jesus, much more than there has been for almost two thousand years.   Before that we spoke a little about modern Israel and the fulfillments of prophecy that are taking place right now in our lifetimes.  After the horrors of the Holocaust, Christians have been waking up to the Jewish roots of our faith, and the tremendous riches and depth this can give to our understanding of the Bible.

But the realization of Christianity’s Jewish roots also raises a lot of difficult questions.  Most Protestants are already familiar with the idea that the Church went astray from Biblical truth in the centuries after Jesus.  But how far did it go?  The answer is that almost every area of our faith has been affected.  So many things in Christianity are built on the spider webs of tradition rather than on the rock of faith.  It’s going to take generations to get it sorted out.

Today we’re going to take a look at just one of these areas:  an area that is absolutely essential to how we understand and live out our faith—an area that Jesus and the disciples spoke about constantly because it’s so important—and one about which the Church has been confused for a long time.  It’s a topic which is one of the most difficult, and yet also one of the most important topics in Christianity today:  the relationship of Gentiles and the Law of Moses.

Read more »
Posted by Jeff Harrison at 6:33 AM No comments: 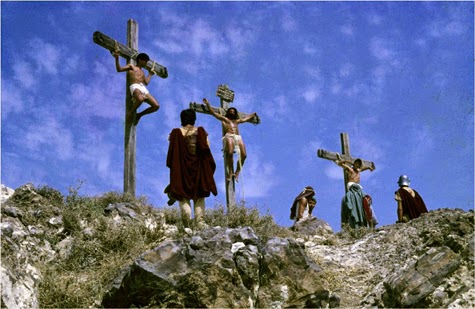 Last week we talked about how Palm Sunday was actually a dangerous day.  It was more of a political demonstration than a religious event:  or at least that’s how most people would have seen it.  The people who were singing and praising Jesus didn’t understand his message.  That’s why he stood on the Mt. of Olives weeping over them and weeping over Jerusalem.

Then he entered the Temple and overturned the tables of the moneychangers and threw out those buying and selling there.  This made the leadership of the nation even more angry with him.

All this time, his disciples believed something fantastic was about to happen, that the kingdom of God was about to come, and the Romans would be removed from their country.  Even at the Last Supper, they were thinking about fighting the Romans.  When Jesus was talking about his crucifixion, they said,   "Lord, look, here are two swords!"  They didn’t understand what he was talking about, and they didn’t understand what was going to happen, even though he had warned them over and over again.

Read more »
Posted by Jeff Harrison at 6:10 PM No comments: 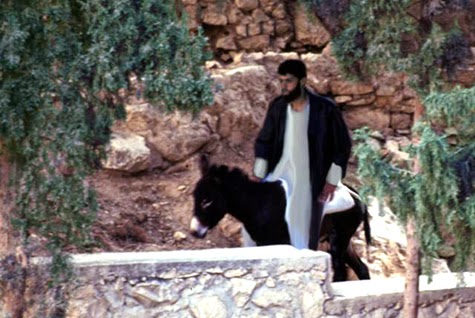 If we were in Jerusalem today, we would join hundreds of other pilgrims from all over the world for the Palm Sunday Walk.  It retraces Jesus’ steps, or rather the steps of the donkey he rode, up and over the Mt. of Olives and down into the city of Jerusalem.

The original “Palm Sunday Walk” started in the little village of Bethany on the other side of the Mt. of Olives.*  As John tells it:  “Jesus, therefore, six days before the Passover, came to Bethany where Lazarus was, whom Jesus had raised from the dead…” (John 12:1).  Why did Jesus arrive so early?  It was the custom to come up to Jerusalem a week early to purify yourself for the festival.  This custom is mentioned in John 11:55:  “But the Passover of the Jews was near, and many went up to Jerusalem out of the countryside before the Passover to purify themselves.”

Read more »
Posted by Jeff Harrison at 4:48 AM No comments: 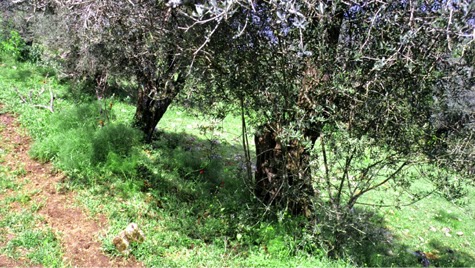 Today I’d like to talk about Isaiah 11, one of the most famous and most important Messianic prophecies in the Old Testament.  But before we can do that, I need to establish some background first.  Is that okay?

Read more »
Posted by Jeff Harrison at 6:34 AM No comments:

Where Do You Fit Into History? 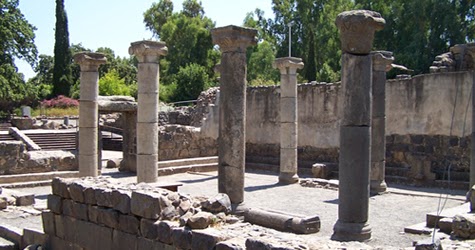 Just imagine somebody in Paul’s day sitting in one of the synagogues where he was preaching—in Pisidian Antioch, let’s say—when this stranger from out of town, Paul,  came up to the front of the synagogue and began preaching.  Would this man that was listening know the weight of history pressing in on that moment?  Would he know that people would be studying and reading that sermon that morning for hundreds of years to come?  That it would be recorded in the most widely read and studied and loved book in history?  What do you think?  Maybe not.  But maybe some did.  Luke, who recorded that sermon in the Book of Acts (Acts 13:16-41), obviously thought it was important—as did those who came to faith that day.  But whether they knew it or not, history was being made right in front of their eyes.

Read more »
Posted by Jeff Harrison at 10:45 PM No comments: 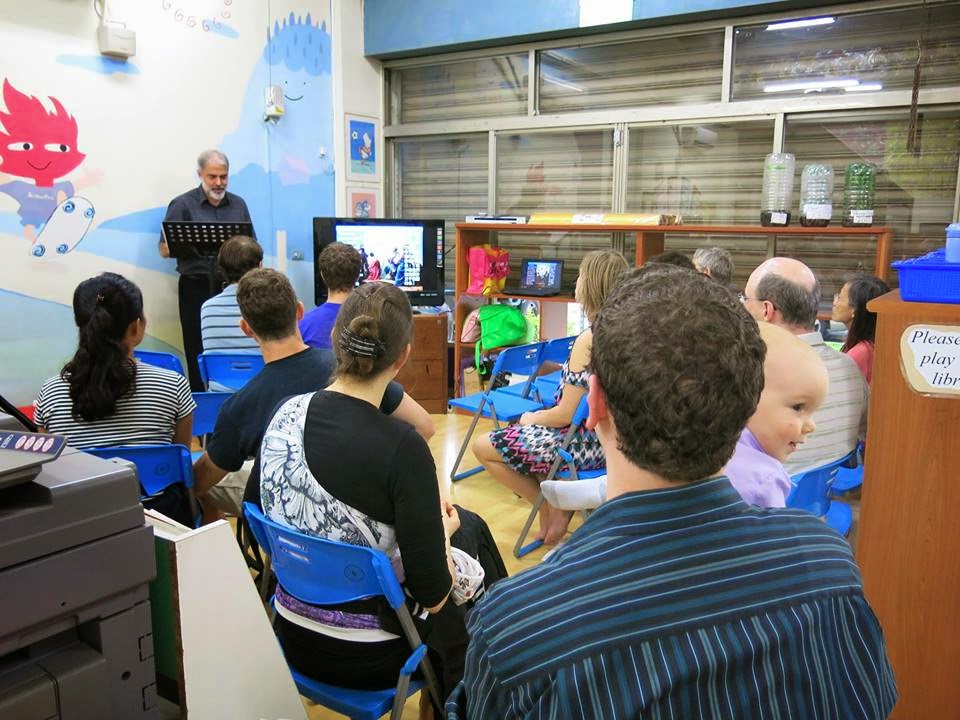